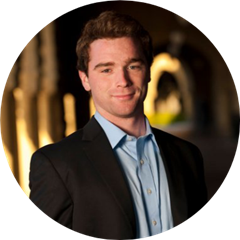 Class of 2010
In the summer of 2012, Matthew Colford, ISTP French Program alumnus, sat at his desk at the U.S. Embassy in Morocco, and reflected back upon the education he received during his formative years.

“INTL really helped plant the seed for a lot of [my] interests,” he said in an email. “I remember reading Albert Camus’ L’Etranger for an 8th grade book report. While the existentialism and adult themes were lost on me, I was fascinated by the picture it painted of Algeria and the Maghreb region more generally. My experience at INTL has also made it much, much easier to learn and maintain other languages.”

Learning other languages is important to Matthew, a junior at Stanford University who is pursuing a degree in Political Science, with minors in Applied Mathematics and Arabic. His international outlook, and most specifically, his interest in Middle East/North African politics and security issues demands that he utilize his French skills as well as his newly learned Arabic skills.

Matthew passionately explained his support by saying, “I strongly believe that supporting those institutions that helped you get to where you are today is both an obligation and a joy. Not only do I admire the teachers and administrators at INTL, I also strongly believe in the immersion system of education and marvel at how INTL continues to produce very aware and informed global citizens. It was important for me to give back because the experiences I had at INTL, even though they were only between the ages of 3 and 14, had an immense impact on me and opened many, many doors.”

Matthew is one of four Colford siblings who have attended INTL. The Colford Family can frequently be found at INTL graduations and Alumni BBQ’s. For years, his parents, John and Margaret, have supported INTL through their own volunteering efforts and gifts to the school. Their dedication to the school and to their children is evident in the family’s successes. Matthew’s eldest brother, Andrew, graduated from Georgetown University and is currently working in Texas for the Jesuit Volunteer Corps at a firm that seeks to reduce death sentences to life imprisonment. Next year, Andrew plans to pursue his longtime passion for acting and will be moving to New York.

The youngest Colford, Megan, is the most recent INTL alumni and is now a sophomore at Castilleja School. According to Andrew, she has “done a wonderful job of maintaining both her French and her friends from INTL.”

The entire Colford clan has been involved in helping to build the school and leave a legacy for future generations of INTL students. Matthew proudly continues the Colford legacy through his involvement.

“I think it’s incredibly important for younger alumni to be involved,” said Matthew.

“As the enrollment of the school grows and the size of the pool of alumni grows with it, it becomes incumbent upon alumni to support the school and offer their input. Small scale donations, large scale donations, spreading the word about the school, volunteering time... these are all ways of getting involved. At least one of which is within everyone’s means.”

Looking to the future, Matthew intends to continue his connection to INTL.

“It’s a little while off still, but ideally, I would love to send my own children to INTL,” he shared. “As to where I would like to see the school in the future... I know that there is pressure sometimes to conform to what other American schools in the area are doing, but what most distinguishes INTL, and indeed what I think makes its students well-prepared to live in the world, is the fact that it is a full immersion school.”
Back